Cannabis – Open your Mind to the benefits.

Yes, cannabis. My first puff of weed came out of one of those giant bongs that makes you question the sanity and brain-cell capacity of the makers. It was college, and I’d only recently started what I rebelliously called “partying”, after having spent the first 19 years of my life at a very conservative religious school keeping my hands to myself and vowing off any of the wicked substances that might make you want to take your hands and put them on someone else in the first place. My college roommate at the time had been my guide into all things liberating and fun, offering me the chance to try alcohol for the first time during the very last day of my freshman year. A shockingly boring experience, which ended in a nauseating walk down the street for some snacks and then back again to pass out and wake up dehydrated and with a headache. Since then I’d had a little bit more traction with the stuff, but I’d sworn off any and all “drugs” and 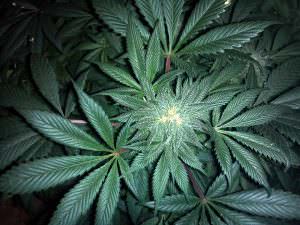 marijuana was very much still considered an illegal drug (at least to the authorities and my unknowing parents). So, when I found myself faced with this bong from hell for the 20th time, I don’t know what made me change my mind and choose to sacrifice a lung-full of good clean oxygen with the “smoke of the devil”. In it went, and out went the deepest and most painful cough of my life. But marijuana was good! Oh yes. It was relaxing. It turned my busy over-thinking student mind off for just the right amount of time to get some sleep before waking up and pulling another 36 hours straight of homework and studying.

That was an eye-opening experience. You know that feeling when your world-view gets shattered because you realize for the first time that maybe all of the opinions you ever held were actually based on someone else’s moral ideas and not yours? That’s a pretty good way to describe my processing during this point of my life. After having spent the first half of my life listening to the fears and moral implications of others, I had completely missed the other side of the story. What marijuana offered me was liberation of the mind. 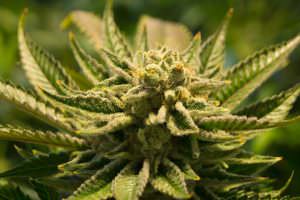 I see this happening everywhere now. Since the legalization of marijuana in Oregon, Washington, Colorado and California, states with legal cannabis are literally rippling with a mass opening of minds, occurring in every community and across the state. How can you hold onto limiting beliefs when weed is now being sold as medicine to patients suffering from chronic pain, insomnia, and seizures, studies are being released monthly about the cancer-fighting benefits of marijuana and THC, and your “neighborhood stoners” now encompass the group of young moms who take their kids for a run in strollers every Sunday morning? The times are a changin’, and so is weed culture.

I’m lucky to live in the liberal and quickly expanding city of Portland, Oregon, where weed is legal and stylish marijuana dispensaries can be found every few blocks. There’s a steady stream into and out of those, featuring people from all walks of life. Weed dispensaries in Oregon are looking more and more like brands, leaving behind it’s original associations with “weed dealers” and blackmarket tradings that we used to associate with weed culture. Walk into a modern marijuana dispensary in Salem, Oregon like Diem Cannabis, and you’ll find weed products in museum style display cases, bright open ceilings, and friendly budtenders ready to help guide you in product selection. It’s a retail business, and walking into a dispensary is no longer intimidating or something necessitating a glance over the shoulder to see who is watching you. The culture is rapidly expanding, with weed delivery on the rise and brands like Diem leading the way by bringing the best marijuana delivery Salem has to offer.

But even with all these culture changes, what is most profound is the way in which we talk about it now. Two years ago during my family’s Thanksgiving, only months after recreational weed was first legalized, I spoke openly for the first time about the ways in which marijuana has enhanced my life. There was some tension in its reception, with arguments both for and against the newly discovered health benefits from my more conservative relatives, when, to my surprise, my uncle spoke up and told his story. He shared that, because of weed, he was able to completely stop taking sleeping aids and find rest naturally for the first time in years. Silence hit us, and I could tell that the battle for marijuana was already being won in the heads of those at the table. This year, two full years after legalization, I brought my boyfriend who had just started a business in the cannabis industry to meet my family and we spoke openly about the ways in which his business interacted with the marijuana culture. This time, my grandma didn’t bat an eye, and when he told her about some CBD pills that could help her sleep better, she asked if she could try some next time he came down.