The Gateway Theory… in theory.

So I am sure you have heard that cannabis use leads to crack use, well that’s the gateway theory says at least. The gateway drug theory is a comprehensive catchphrase for the medical theory that the use of a psychoactive drug, such as cannabis, can be coupled to an increased probability of the use of further drugs.

The argument is that cannabis is a gateway drug to much harder drugs, that first you try marijuana, then you move on to cocaine, then meth or heroin.  People often say this to justify the ongoing criminalization of marijuana.  It is thought that people with a predisposition to drug use start using marijuana because it is the easiest to get your hands on and is widely available. 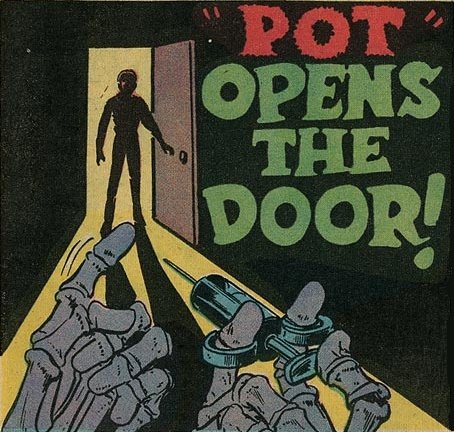 It also states that the experience with cannabis encouraged experimentation with other drugs.  Part of this is because before legalization of cannabis, people were exposed to drug dealers to get their marijuana.

With legalization, people are no longer exposed to drug dealers to get their cannabis.  Another part of this theory is that cannabis may change the chemistry of the brain making young people more likely to try other drugs.

Drugwarfacts.org states that, “Patterns in progression of drug use from adolescence to adulthood are strikingly regular. Because it is the most widely used illicit drug, marijuana is predictably the first illicit drug most people encounter.

Not surprisingly, most users of other illicit drugs have used marijuana first. In fact, most drug users begin with alcohol and nicotine before marijuana, usually before they are of legal age.”

So, it really is up to you to decide, is marijuana a gateway drug for you or are you just enjoying the benefits of cannabis?